Out of 0 Ratings
Owner's of the Frigidaire Washer STACKIT4X gave it a score of 0 out of 5. Here's how the scores stacked up:

Reliability
0
Out of 0 Ratings

Owners of the Frigidaire Washer STACKIT4X have given it a Reliability score of 0 out of 5.

When it comes to products, Reliability rates high in importance. Your Washer’s ability to perform and maintain its functions during everyday use, as well as extreme use or under unexpected circumstances, is important when making purchase or repair decisions.

Durability
0
Out of 0 Ratings

Owners of the Frigidaire Washer STACKIT4X have given it a Durability score of 0 out of 5.

How will your Washer hold up over time and withstand the wear and tear of constant or long-term use? A product with strong Durability is a product that was made to last and provide a good ownership experience over it’s lifetime.

Maintenance 0
Out of 0 Ratings

Owners of the Frigidaire Washer STACKIT4X have given it a Maintenance score of 0 out of 5.

Most Washer owners intend to keep their Washer in good working condition. Knowing up front if the Maintenance or repair of a product is easy or difficult can have a profound impact on your decision to make a purchase.

Performance 0
Out of 0 Ratings

Owners of the Frigidaire Washer STACKIT4X have given it a Performance score of 0 out of 5.

Washer's that are purchased and meet or exceed expectations usually share the trait of good Performance. Feeling that a product was worth the purchase because it does everything you expected, and does it well, is a clear indicator of a product that truly performs.

Ease of Use 0
Out of 0 Ratings

Owners of the Frigidaire Washer STACKIT4X have given it a Ease of Use score of 0 out of 5.

How hard is this Washer to operate? If purchased, would tons of time be lost trying to figure out how it works? Simply put, Ease of Use is a measure of how easy a product is to use. Having this knowledge prior to purchase can help avoid buyer’s remorse. 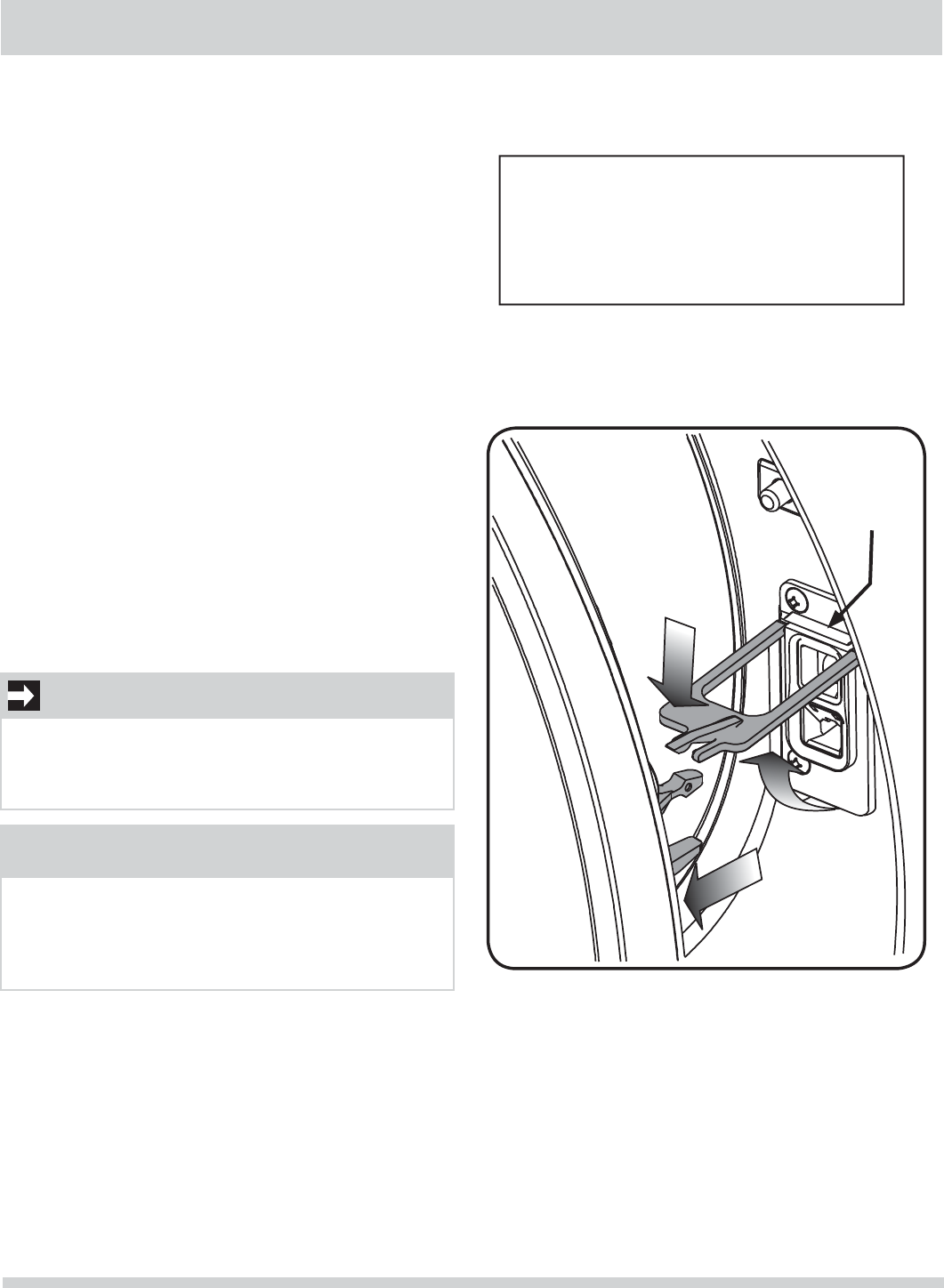 17
OPERATING INSTRUCTIONS
Í
NOTE
The vent latch may become dislodged from hinge point
if door closure is attempted while latch arm is not in
an acceptable closing position. The latch arm can be
snapped back in at the hinge location. Washer will still
operate without latch arm installed.
Other Features
Status Display/Status Lights
The estimated total cycle time will be displayed when
the cycle is selected. The time may increase if water
pressure is low, oversudsing occurs or the load becomes
unbalanced. The approximate time remaining will be
displayed during the cycle.
Oversuds Detection
A situation where oversudsing has been detected by the
washer will result in the washer automatically adding
extra rinses to attempt to clear the suds. Each extra
rinse the washer performs to clear the suds will add 5
minutes to the cycle display time. If an excessive amount
of detergent has been added and additional rinsing has
not corrected the issue, “TOO MUCH DETERGENT” will be
displayed.
Vent Latch
Help prevent odor buildup and mildew between washes
by utilizing your washer’s vent latch feature. To apply the
vent lock, (1) open the door slightly, (2) lift the latch arm
and then (3) press the arm down onto the plastic door
strike, snapping it in place.
The vent latch can be released either of two ways - by
pulling door out and manually returning latch arm to
lower position or by pushing door shut and allowing latch
arm to continue its pivot upward.
DOOR LOCK
PREWASHING
WASHING
ADDING STEAM
RINSING
DRAINING
SPINNING
CYCLE COMPLETE
STATUS DISPLAY
The following will also be displayed at the
appropriate times during the cycle:
1
2
3
Snap
Hinge
IMPORTANT
Do not attempt to close door if vent latch arm is
disengaged and arm is in an outward position. Return
latch arm to lower position before closing and latching
the door.